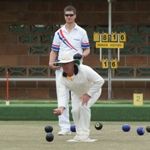 Belmont’s Peter Cornell is not competing at the Australian Masters Games in Geelong but will still play an important role across the week-long event.

Cornell, 68 has been given the honour of reading the Officials and Volunteers Oath at the Opening Ceremony on Saturday night.

The qualified umpire and coach has been at Belmont Bowls Club since 2006 and a director there for the last four years, having previously played at the South Bendigo Bowls Club.

Cornell will then play a major role during the week – organising the lawn bowl events across four venues, a project that has been a long time in the making.

“Being the competition organiser and coordinating the lawn bowls event has taken around 18 months of planning, I am not competing at the Games so I can oversee it and make sure everything runs smoothly.”

133 participants will compete in the competition, which comprises pairs and triple events. Given the experience and expertise of Cornell, lawn bowls looks set to be one of the best run events during the Games.

Over 8,000 people are expected to join Cornell in Geelong for the Games, which get underway on Friday afternoon. The Australian Masters Games encompass 50 sports for men and women ranging from athletics, cycling and golf through to wood chopping and cue sports. The only pre-requisite for competing is that participants meet the minimum age criteria, which in most sports is 30 years.

As well as competing in their chosen sport, the Games offer participants a fun-filled social program, including the opening and closing ceremonies, and festival-like atmosphere throughout the week.

Cornell will be joined by Channel Seven television personality Mark Beretta, best known for his role on the popular morning program Sunrise. Beretta, a 10-time Australian national waterskiing champion and avid road cyclist will swap the bike for a dragon boat when he lines up in the Australian Masters Games.

Born and raised in Geelong, Beretta said he was delighted to take part in the event.

“I’m excited to return to my home town with my family and showcase Geelong to the rest of Australia. It will be an exciting week of sport and entertainment, and while dragon boat is going to be something foreign to me but I’m looking forward to the challenge,” Beretta said.

“I have always participated in sport and the Australian Masters Games is another great way for people to stay active in a fun atmosphere.”

Kean Selway, chair of the 14th Australian Masters Games, said the aim of the event was to invite participants from all parts of Australia and the world to gather in a celebration of sport, health and wellbeing.

“As one of Australia’s premier mass participation multi-sport event, our participants come from all walks of life and from all over Australia.”

“Being able to host such an iconic event in Geelong is massive for the local community and surrounding areas.” Selway said.

For further Australian Masters Games information and to register visit

Plan the trip of a lifetime with All Sports Travel

To help deliver the trip of a lifetime, is Australian owned and operated boutique travel company, All Sports Travel, appointed as the official travel partner for the 2021 Australian Masters Games.

Countdown until the Games begin